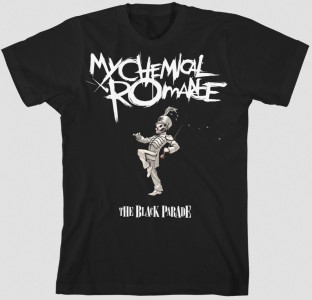 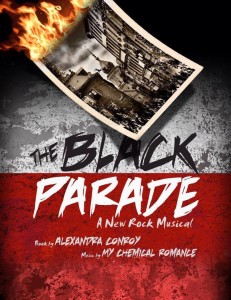 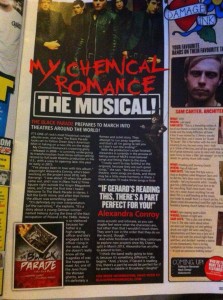 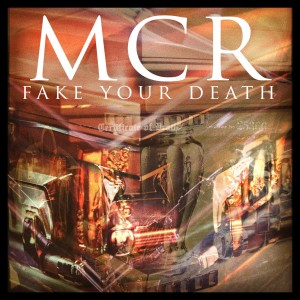 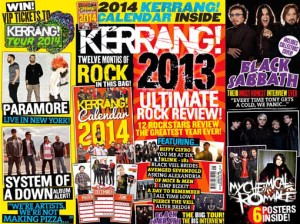 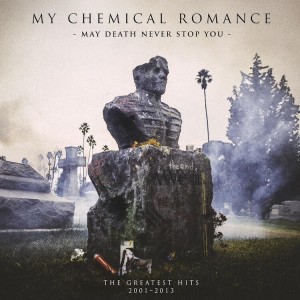 Trawling through YouTube, I have come across some pretty impressive fan-made tribute videos to My Chemical Romance. My personal favorite (above) titled “My Chemical Romance – Please Don’t Go”, made by YouTube user BloodyHeavens, features a montage of footage set to “Illusion” by VNV Nation. Another great by Kayla Jewell, titled “The End of My Chemical Romance” is a fairy glossy tribute featuring tweets, images and music video footage, set to “The End.” from “The Black Parade”. Make sure to check out both clips and feel free to leave any you’ve found in the comments below.

Artisan News have uploaded a video to YouTube, in which Black Veil Brides Frontman, Andy Biersack shares his views on the bands split. The brief interview includes his thoughts on the music, Gerard Way as an icon and how My Chemical Romance’s concept albums inspired Black Veil Brides as a band. 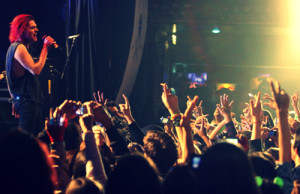 Kerrang.com have posted a blog containing a selection of their favorite comments from fans regarding My Chemical Romance’s split. For a band that were so connected with their fan base, it is hardly a surprise that the news left many fans with mixed feelings.

“We were inundated with emotional Tweets and comments from you on our website. Some of you were distraught, others were angry and some people were just glad that they were along for the ride. We’ve put together a selection of your reactions.”

Check out the post at Kerrang.com to see how fans reacted. Also keep an eye out for the following comment, which was one of my own!

“Being a fan for almost a decade and running one of the biggest MCR fansites for over 7 years, this news will have a big impact on my life. ” – Chris